What a line up of artists we have for you this year! And what's more, there's more to come!

All will be coming to you on your screens, via our YouTube and Facebook channels or via Zoom.

As the current circumstances have heavily affected this sector please do visit our artists websites, purchase some fabulous merchandise and of course, don't forget to sign up to our live events.

Sansome (Guitar, Vocals) and Lewis Wood (Fiddle, Mandolin, Vocals) – are a folk trio who play the tradition with verve, energy and their own inimitable style. These three young men are all exceptional musicians and fine singers and play English traditional and original music.

Formed in 2009, they have since played at clubs and festivals up and down the country, and have been heralded for their lively performances and maturity beyond their years in their delivery and selection of traditional songs.

Tim made his first album, New Boots, in 1998, and in the same year won the BBC Young Folk Award. Following extensive solo touring, including work for the British Council in the Middle East, Oman, Mozambique and Macedonia, he joined Waterson:Carthy with whom he toured and recorded for six years. He was a founder member of the band Dr Faustus. In 2006 he released his album Stiffs Lovers Holymen Thieves, and he and his band "Van Eyken" were nominated for 4 BBC Radio 2 Folk Awards in 2007 and went on to win the award for Best Traditional Track with ‘Barleycorn’.

In 2008 he originated the role of Songman in the National Theatre production War Horse, and after performing in the production for two years he retrained as an actor at Oxford School of Drama, during which time he also wrote music for The Adventures of Abney and Teal for Cbeebies. Recent credits include Frees / Lady Capulet in Shakespeare In Love -West End, Evans/Levi in Birdsong –national tour, Doctor in GOOD at the Manchester Royal Exchange, Ballad Singer in The Ballroom of Joys and Sorrows at Watford Palace Theatre, and for BBC Radio 4, Reg in Wildsong and Scott in The Loving Ballad of Captain Bateman, a drama for which he also wrote and performed the music. He is currently writing the music for The Winter's Tale for BBC Radio 3. 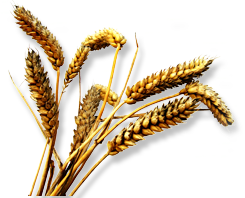 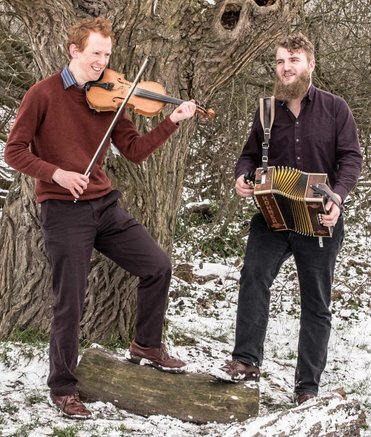 Brown Boots is Will Allen on melodeon and Martin Clarke on fiddle. Their musical background is rooted in playing music for dancing, as well as gaining inspiration from playing with their many talented musical friends at festivals and pub sessions across the country.

Will is a supremely talented multi-instrumentalist, although his primary focus is as a melodeon player and fiddler. He performs an extensive repertoire of folk dance tunes, mostly from the British Isles. His music takes influences from all corners of Western Europe and he has developed a unique take on traditional tunes. In 2015 he was shortlisted for the BBC Radio 2 Young Folk Award Competition. Will is also a proud member of electrifying ceilidh band Urban Folk Theory. with which he has performed at some of the UK’s biggest folk festivals.

Martin is a highly-skilled fiddle player, with musical roots in the North East of England, stemming from his time living in Durham. He plays music from across the British Isles with influences from the continent. He also has an interest in North American music traditions. Although originally classically trained, he has a wealth of experience at playing for dancing. He also plays for Silver Street Ceilidh Band and the award-winning Tower Ravens rapper sword dancers. All of this contributes to his unique style, producing soaring, lyrical melodies with rhythm that makes the listener want to move!               http://www.brown-boots.co.uk/

After 17 years and seven solo albums Jackie Oates must surely be considered one of the mainstays of an accomplished, informed and stylistically individual English traditional music scene.

2020 saw the release of an entirely handmade (right down to the sleeves) duo album with former Bellowhead founder John Spiers, called Needle Pin. There was, of course, supposed to be an accompanying tour too. But if you were stuck at home with little people you may well have heard Jackie’s vocal and instrumental contributions to the CBeebies smash hit Nick Cope’s Popcast (with his whippet Norman, of course.)

It’s this variation of work, continual discovery, and these unique opportunities to bring elements of the English folk tradition to new people and places that gives Jackie Oates the most happiness in her music; in turn bringing a much needed calm and joy to those who hear it.                          http://www.jackieoates.co.uk 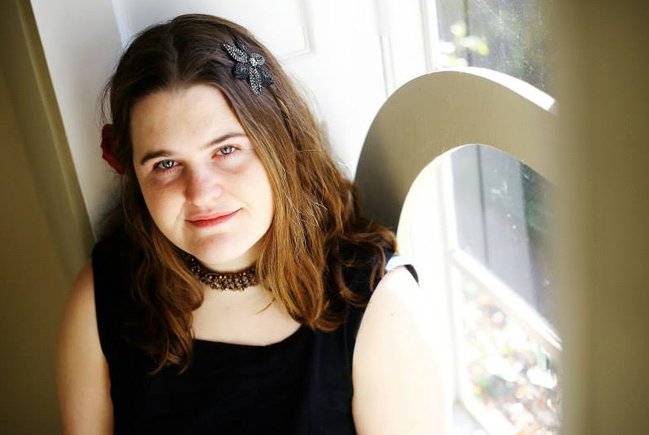 Winner of the 2019 Oscar Preston competition with his song "Fen Blow", Ady has expanded his repertoire of locally inspired self-penned songs and has recently featured on BBC radio Cambridgeshire. Ady's songs are heavily inspired by the people, heritage, and landscape that forms The Fens where he was born and raised. With tales of the past and a mixture of both his own, and other traditional songs, you will be encapsulated and enchanted by his beautiful, soulful voice. You can follow his latest songs on Facebook through his page "Songs From the Fens and Yonder".               Click here for his page

Brian first sang in public as a chorister at St Marys and St Cuthbert’s Church in Chester-le-Street, his home town. He became interested in Folk Music at the age of 15 when he attended the first club night of Chester-le-Street Folk Club and progressed to sing in the folk Clubs in Birtley and Durham. Brian danced with the Sallyport Sword dancers from 1970 until 1972 when he moved to Stevenage. Brian sang and helped organise the Stevenage folk club, sang at The Crown folk club and danced with Hoddesdon Crownsmen until founding Stevenage Sword dancers in 1973.

Brian moved to Whittlesey in 1979 and was a founder member of Peterborough Morris, instigated the Straw Bear revival in 1980, was a member of Dennis Cuddles Starlight Band and The Rag Bag Band. He instigated the formation of Whittlesey based Wype Doles Sword dancers and also Sir Harry’s Sword (junior team).  For the past 10 years Brian has helped his wife, Christine, teach Molly Dance in Alderman Jacobs School and Sword Dance in Coates County Primary School, allowing these schools to contribute and perform in The Straw Bear Festival. He is a honorary member of White Rose Morris and support musician with Goathland Plough Stots.

Brian was awarded the BEM (British Empire Medal) in 2013 for services to the community and music. All this time never losing his passion for singing. 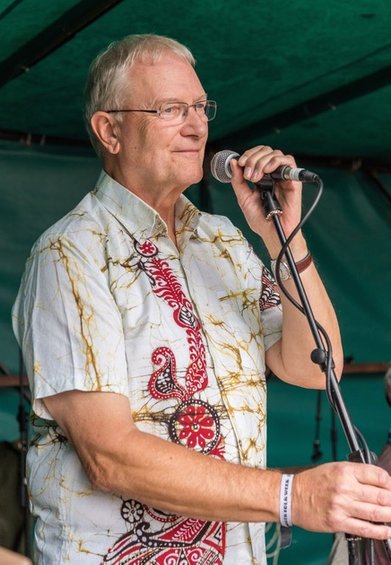 Barry is well known as a singer, compere, caller, musician and dancer as well as being a writer of songs, dances and tunes. From 1983 to 2015 Barry was half of the folk song duo Life and Times, together with Graeme Meek. He is a musician for Rockhopper Morris and plays and calls in his own English ceilidh band, Time of Your Life, as well as calling with a number of other well-known bands, including Tickled Pink, Gas Mark Five, Chalktown, Banter, Peeping Tom, Hekety, The English String Band, Random, Polka Works, Out of Hand, Whapweasel and The Old Swan Band.

Active in folk song and dance since the early 1970s, Barry runs folk song, dance and melodeon workshops, promotes the English folk tradition in Education, and has been involved in the development of the New Roots competition, encouraging young folk talent from all over the UK.  He is a regular MC at the Chippenham, Sidmouth and Towersey Festivals.

Barry presents illustrated talks on English customs, “Good Morning, Lords and Ladies” and “Traditional Treasures”, together with his wife, Gill. In 2006, Barry received the Bill Ranscombe Award from the Hertfordshire Folk Association for valuable services to English Folk Music, Dance and Song.

Barry was a member of Redbornstoke Morris from 1977 until their retirement in 2018 and was also a musician for The Outside Capering Crew.  From 2009 – 2013 he was President of the Morris Federation, representing more than 450 Morris sides throughout the UK.

Recordings include Strawplait and Bonelace, Shropshire Iron, Charivari and Where The Working Boats Went (all with Graeme Meek as Life and Times).  Barry’s tune, Four Up, appears on Ashley Hutchings’ Grandson of Morris On CD, and Time of Your Life feature on the EFDSS CD Keep Dancing. 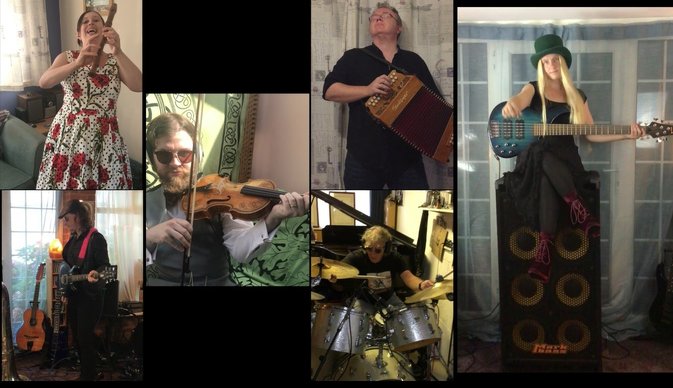 Frog on a Bike has over 100 years of musicianship between them and look forward to entertaining you at your ceilidh, barn dance, wedding or festival.

Our repertoire is rooted in English folk music, both traditional and contemporary. We also boast two very talented tunesmiths of our own. However, plenty of Scottish, Irish and sometimes even French tunes are usually thrown into the mix just for good measure. We can also muster up a fine bit of harmony for some folk songs too!

All in all, we strive to play foot-stomping tunes with verve and vigour. We like to have as much fun up on stage as you do on the dance floor, so we can guarantee that you will not be able to resist getting on your feet.                   https://frogonabike.co.uk 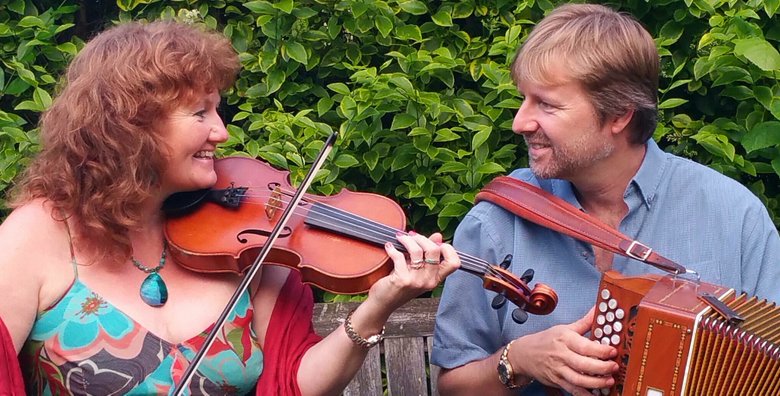 Experienced dancers themselves, they play for dancing regularly and form the core for other dance bands such as Cupola and DanceCupola, performing at festivals across the UK.

"Sarah and Doug are a duo that performs like a much larger group with dynamic vocals, great harmonies, warm stage presence and first rate instrumentals."

Recognised as a first rate national caller with too many festival appearances to list, Martyn brings clear calling and an obvious enthusiasm for ceilidhs. He has written 60+ dances of his own and has a good rapport with the bands he works with.

A ceilidh dancer since primary school, a morris dancer since university, a rapper dancer since Crook FDG and a deep passion for several folk genre styles including American Contra, Playford, Fallibroome. His most fervent wish is that dancers have a great time. 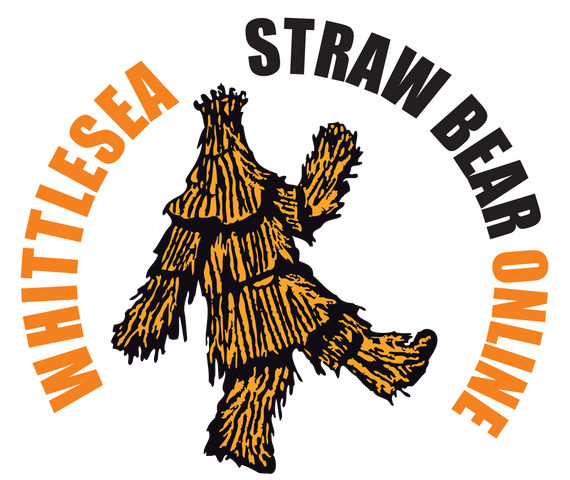